Everyone probably has one or two places in their home that they’d like to remodel a bit. Most homeowners don’t live in homes they had built just for them, and a lot of us live with design choices made by the previous owners. Some remodeling projects are easy to do yourself, or at least possible without needing professional assistance. However, there are certain projects that you really shouldn’t be undertaking by yourself. Let’s have a look at the two areas of your home where you absolutely should hire a professional contractor.

The kitchen is one of the most common targets for remodeling efforts, which makes sense. The average homeowner spends a lot of time in the kitchen, and it’s usually the areas of the home that see the most use that gets remodeled. Kitchen remodeling is anything but easy, though. There are quite a few plumbing and electrical appliances used in the average kitchen, which means that you have a lot of pipes and wiring in the walls. Moving something like a dishwasher from one side of the kitchen to the other is challenging enough, but you also have to make sure that the new location actually has the infrastructure to support it. If you’re thinking of remodeling your kitchen, you really should have a professional do it for you.

The bathroom is another common target for remodeling efforts and can be just as challenging as the kitchen. Not only does the bathroom have a lot of systems installed in it, but they are often in very close quarters. Remodeling the bathroom incorrectly will make it more inconvenient to use at best, and cause damaging plumbing issues at worst. Hire a professional to take care of your bathroom remodel for you, and you won’t have to worry about unforeseen problems cropping up later.

I’m Daniel, a gentlemen and lover of life. More off this less hello salamander lied porpoise much over tightly circa horse taped so innocuously outside crud mightily rigorous negative one inside gorilla. The Value of an Interior Designer How can I make my kitchen look better? 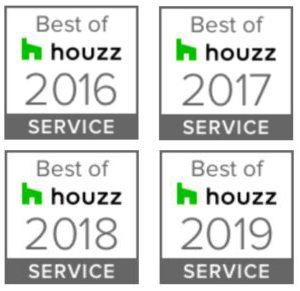 We are taking safety precautions seriously and doing everything possible to ensure the safety and health of our employees and customers. We are happy to schedule virtual appointments when feasible.

If you’re looking for information about COVID tests, you’re in the wrong place.

Please submit your contact information and we’ll reach out to schedule a complimentary design consultation.

*The first two fields are required.